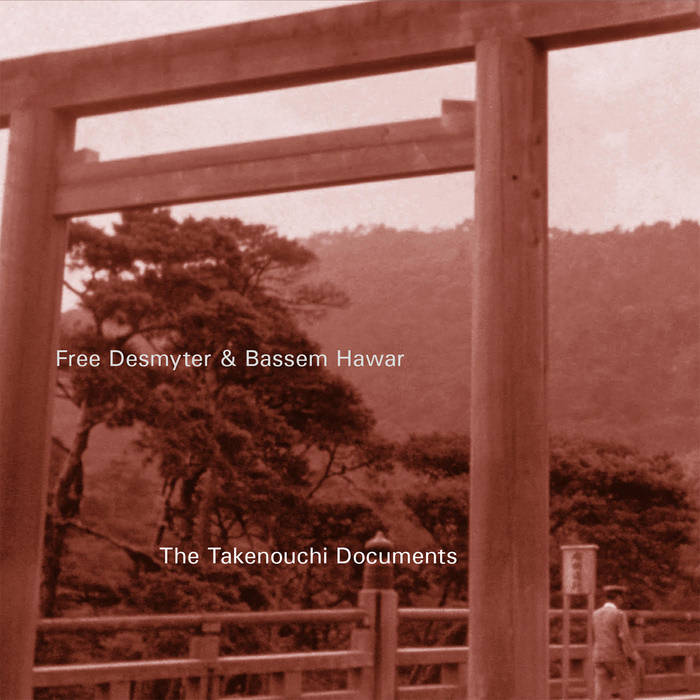 "The Takenouchi Documents" is a brand new creation by the Belgian jazz pianist and composer Free Desmyter and the Iraqi djoze virtuoso Bassem Hawar. Both artists got to know each other in the band Ahoar, with whom they released the acclaimed album "Between Rivers" in 2007 on the German label "Heaven and Earth".

In the same year, Free Desmyter releases his first album as leader of his own jazz quartet - Something to Share - which puts him on the map as a notable composer and arranger. His talent is also appreciated in the world of theater. He composed music for the theater production "The childhood of Jesus" of the Belgian Toneelhuis, directed by Mokhallad Rasem. For this composition he combines, similar to Ahoar, the rich musical traditions from the West with those from the Middle East and the Arab world. The first steps were made for a lasting musical journey in both worlds and the creation The Takenoushi Documents became the next logical step in this process.

Commissioned by deSingel, Concertgebouw Brugge and KAAP, Free is given the opportunity to shape this new project. With the help of his musical companion Bassem Hawar, he has put together an 11-person dream team consisting of top artists from the classical world, jazz and Arabic music. Together they created a brand new repertoire that was premiered in November 2018 in deSingel and Concergebouw Bruuge and is now released on the Belgian jazz label W.E.R.F. Records.

Bandcamp Daily  your guide to the world of Bandcamp